As a parent, there is something about sending a child off on the first day to a new school that elicits a range of emotions. First and foremost, there is the excitement of the new adventure and personal growth that are sure to occur. And then there is the uncertainty: How fast will he make friends? How will he adjust to a much different environment than he is accustomed to? How will he like his classes and teachers? (At least for me, I find that my emotional frame of mind isn’t much dependent on the age of my kid… I feel basically the same whether we’re talking about the first day of kindergarten, or the first day of college.) We are experiencing these emotions today, as Chris headed off for his first day of his senior year in High School at the International School of Geneva.

Chris has a full schedule on the International Baccalaureate track including physics, math, English literature, geography, French, Theory of Knowledge, and “film” (his token easy class, he hopes…) All classes are taught in English, which is a good thing, because Chris wouldn’t do nearly as well if classes were taught in French. He plans to get involved in some extracurricular activities, and when the director of the forensics department learned that he was very active and experienced in speech and debate, she told him that there would be opportunities to provide some leadership in those activities. He also has talked about starting an Ultimate (Frisbee) team at the school. 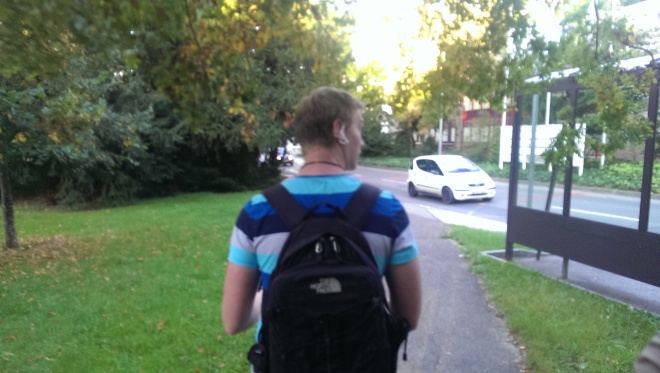 Chris heading off to his first day of school

Chris’ school has students from “Grade 1” through “Grade 13”, like the Canadian system. There is some natural separation with the real little kids, who occupy a separate end of the building. There are about 500 students Grade 8 and up, which is significantly smaller than the high school Chris attended in Minnesota. Here is a look at the school. 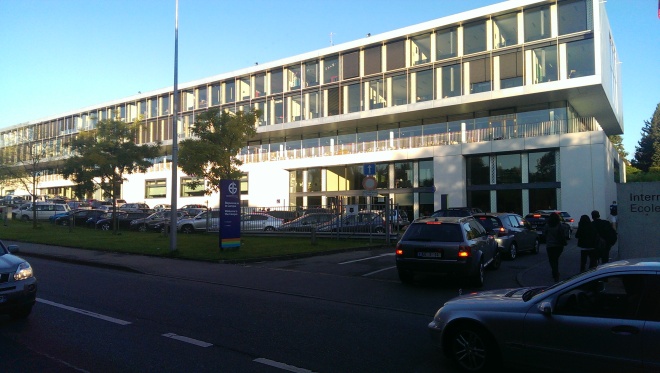 The International School of Geneva

I am posting this at 5:00 PM local time, and I just received a text message from Chris that he won’t be home right away because he is “going to hang out with some friends”. Nice to know that some of the feelings of uncertainty I expressed earlier seem to have been for naught.